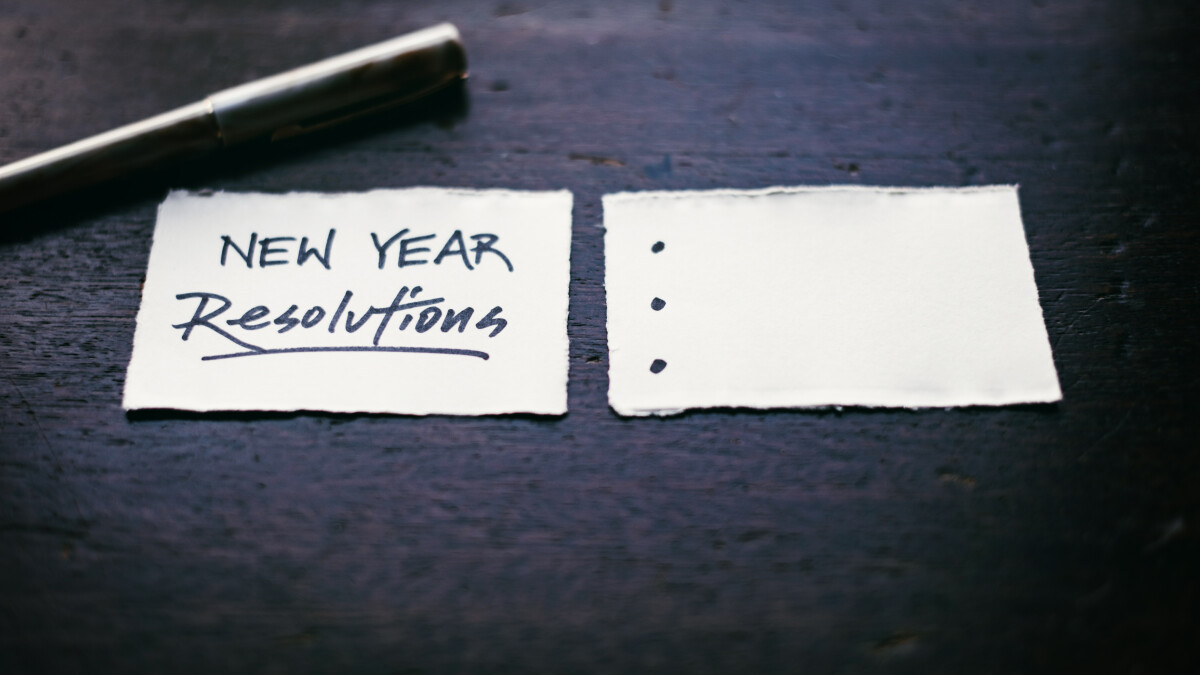 The year 2021 is officially here! Every year around this time, there are multitudes of well-intentioned people who make New Year’s resolutions for themselves. But we also know, most people aren’t very good at keeping them. This article is being published on Tuesday, January 5. That means, if you made any resolutions for 2021, chances are, you have already broken them by now.

In addition to all of the resolutions being made, there are also countless articles, like this one, being published on Christian blogs and websites, suggesting good resolutions that Christians should make. They tell us to take this new year to start fresh on our Bible reading plan or to get back in the habit of active church involvement. That is certainly good advice, but for this article, I would like to do something a little different. I would like to take a look at the motivation behind our New Year’s resolutions.

Admitting and confessing what is wrong with us is a good thing, but unfortunately, when we make New Year’s resolutions, we are often deceived into thinking that we are able to fix what is wrong with us by our own power. We think that we have the willpower we need to rid ourselves of that bad habit. We think that we have the strength in ourselves to do all things that we know we should be doing. But if that were true, we wouldn’t need to be making resolutions in the first place! Like I said before, when you make a resolution, you are admitting that you have a problem. But we are fooling ourselves if we believe that some better version of ourselves is the answer to that problem. If YOU are the problem, then why would YOU ever think that a better YOU is going to fix YOU?

When it comes to improving ourselves, admitting that we have a problem is not enough. But at the same time, our own strength is also never enough to fix us either. We need someone else’s strength, and the only one who is truly strong enough to correct all of the problems that we have in our lives is Jesus.

In 2 Corinthians 12, the apostle Paul talks about his problem. We don’t know if it was some bad habit or some sinful temptation with which he continually struggled. Many believe it was some kind of physical ailment, but we don’t know that for sure either. All we do know is that Paul referred to it as the thorn in his flesh. But when wrestling with this thorn, Paul did not simply resolve to get rid of it on his own. In fact, he freely acknowledged that he is not capable to of doing that. Instead, he pleaded with the Lord to take the thorn away three different times. However, God did not take Paul’s thorn away. He told Paul that His power is made perfect in Paul’s weakness (2 Cor. 12:9). So instead of thinking that we can fix ourselves by our own power, we need to rest in the perfect power of the One who is all-powerful. Only Jesus can fix us, and even if He chooses not to do so in this life, like He did with Paul, we can still follow Paul’s example, by using our weaknesses as an opportunity to boast in the Lord’s strengths!

So yes… In this new year, we can all resolve to eat better, exercise more, cut out all of you bad habits, steward your money more responsibly, stick to your Bible reading plan, pray more often, get more involved in church, and to share the gospel with more people. These are all good things! If they are done in the right way and with the right motivations, they can even be God-glorifying things. But let us never be fooled into thinking that we are strong enough to do any of those things successfully on our own. The only good that we are capable of accomplishing is that which God accomplishes through us. May 2021 be a year in which God’s people choose to rest completely in His perfect strength.