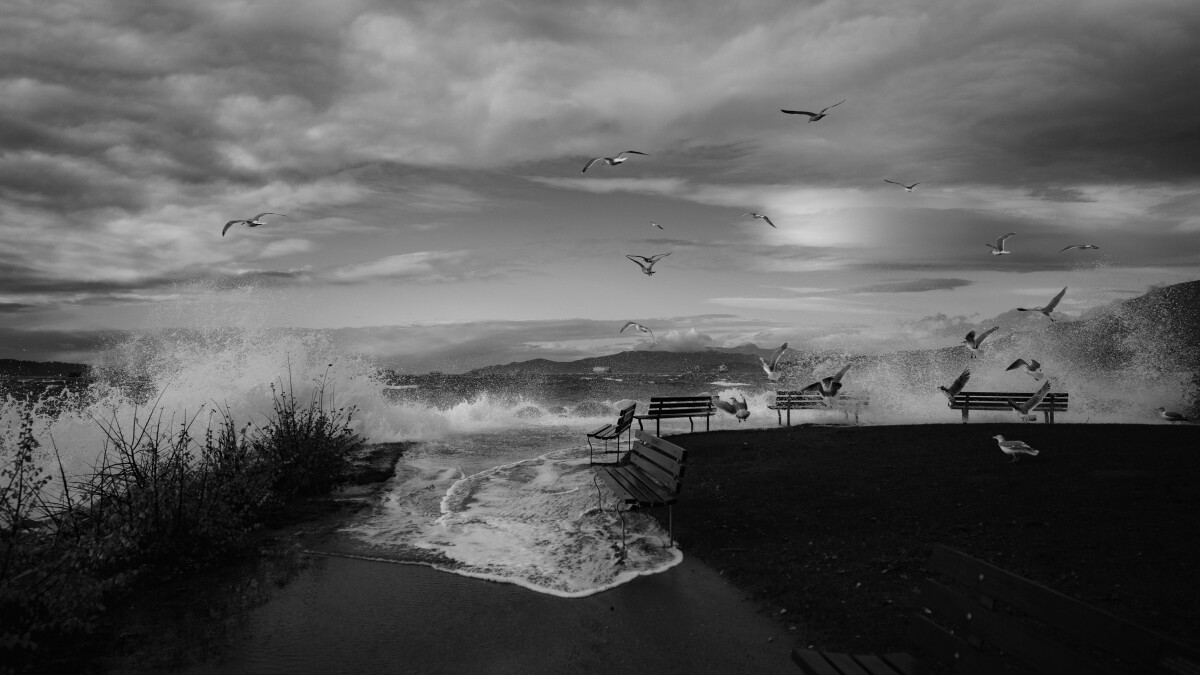 As I watch the news reports coming in regarding the most recent surge of water crashing on land in Florida and hurricane-force winds causing bridges, buildings, and homes alike to collapse, I am reminded of the barrage of questions that must certainly be coming from those in the path of the storm.

I remember as a young child living in Charlotte, North Carolina during Hurricane Hugo. Because of the severity of the storm, my brother and sister both came into my room during the most intense part of the storm so that we could be closer to each other and in the room next to my parents.  The sounds that night were unlike anything I had ever heard. Of course, there was thunder and lightning from the storm, but as we found out later, we were also hearing the crash of 14 different trees falling in our yard. With those sounds echoing in our young ears, my brother, being the oldest, tried to calm us down by telling us that maybe it was just the sound of God bowling. While that idea did not exactly seem believable, it did at least make us laugh a little bit as we continued to hear the bellowing sound of thunder and the crash of trees slamming into the ground.

Thoughts that rushed through my young mind that night must be similar to those filling the minds of Florida residents today. Where is God during a hurricane? We know he’s not bowling, but where is he?

Scripture is always the best place to search for answers to questions like these. Psalm 107 was recently preached at Colonial Heights by a fellow elder and it is in this Psalm that we find helpful answers to this question.  The psalmist wrote of God, “he commanded and raised the stormy wind, which lifted up the waves of the sea” (107:25). We need to remember that the Lord is active during a hurricane. A hurricane, in any part of any ocean, making landfall on any parcel of land, is always under the control of the Lord. He is present as these raging storms take place. And while this might seem discouraging that it is upon his command that these storms rage, it should be encouraging that the one who has all wisdom and knowledge is the one controlling the path of such devastation.

Not only is he active, but the Lord is also available. The psalmist continues in Psalm 107:28-29, “Then they cried to the Lord in their trouble, and he delivered them from their distress. He made the storm be still, and the waves of the sea were hushed.” The same God who brings the waves stills the storm. We see that Jesus commanded the wind and the waves and they obeyed him (Mark 4), but nature's obedience is found in its beginning, its continuation, and its halt.

So, as believers, our response should be as the psalmist wrote, “Then they were glad that the waters were quiet, and he brought them to their desired haven. Let them thank the Lord for his steadfast love, for his wondrous works to the children of men! Let them extol him in the congregation of the people and praise him in the assembly of the elders” (107:30-32).